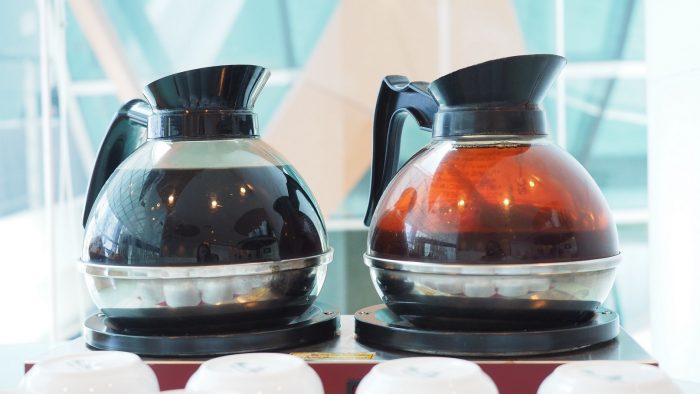 Farmers go through six different stages before the beans are sent to market:

Once the beans make it to Louisville break rooms, choosing the right type of brewer becomes the next step. It is important to understand which types of brewers should be used for different types of beverages and the number of employees.

There are four types of brewers that are primarily used in break rooms: automatic brewers, drip brewers, single-serve machines and bean-to-cup brewers.

Automatic Brewers: Never run out of freshly made, hot coffee with an automatic machine. Connected to an incoming water line, an automatic brewer can brew either a single pot or multiple pots at one time. Automatic brewers are built to handle high levels of daily traffic.

Drip/Pourover Brewers: Built similarly to automatic brewers, drip or pourover brewers can handle high amounts of daily traffic. The key difference is that drip brewers are not connected to an incoming water line. The user is responsible for adding water to the machine each time a new pot is brewed.

Single-Serve Machines: This type of brewer can meet a different set of needs when compared to the previous two brewers. A single-serve machine requires less physical space in a break room and can cater to employees who have very different coffee preferences, but it works better in areas with less traffic.

Bean-to-cup Machines: A bean-to-cup machine uses a built-in grinder to deliver freshly ground and brewed coffee. As with traditional single-serve machines, only one cup can be brewed at a time, but Louisville employees have the option to make a variety of espresso-based, specialty beverages.

There’s one other thing to remember when choosing a brewer. It’s important to understand the steps involved to keep your machine in top shape. Not only will regular maintenance extend the life of the machine, but it will impact the taste of everyone’s coffee.

But don’t worry, Total Vend can help your facility/office manager choose the best brewer for your organization, perform required maintenance and create a customized refreshment menu that meets everyone’s snack and beverage needs. We offer a variety of office coffee service, micro-market and vending service solutions for your Louisville break room.

For more information, please call Total Vend at 502.451.0111. We look forward to celebrating International Coffee Day with you. 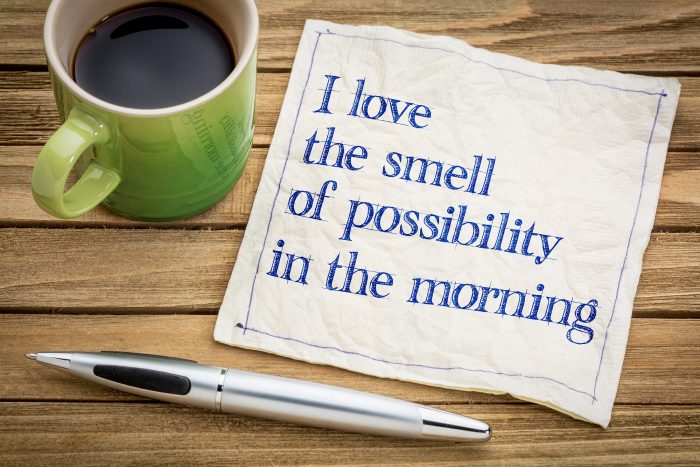 Coffee and everything related to it has more of an influence than most Louisville employees realize. In fact, it’s impact isn’t only related to the caffeine boost that comes from drinking the beverage.

Recent research in the Consciousness and Cognition journal found that exposure to coffee-related cues, without having actually consumed any coffee, can trigger a chemical-response pattern in the brain that increases “concrete, precise thinking and mental arousal, or attentiveness.” It’s sort of like Pavlov’s dogs, but in this case, individuals are exposed to non-chemical but coffee-related cues which then trigger a chemical-response pattern in the brain.

So what types of coffee-related cues in Louisville office break rooms could cause this effect? The answer is almost anything such as colors, sounds and smells that can be observed. Let’s take a look at one of America’s favorite hot beverages and the five senses (sight, hearing, smell, taste and touch), and see how each sense can impact alertness and attention.

Taste: While the concept of taste is often associated with the physical act of drinking, taste can can also play a role in a more abstract way. For many Louisville employees, the “taste” of coffee is often the first thing that comes to mind when someone else mentions coffee.

Sight: Seeing a physical object such as an image of a mug, roasted beans or even an actual cup of coffee are just a few of the many different visual cues that can create a response.

Hearing: Understanding which sounds have the ability to trigger the chemical-response pattern is a bit more complicated as sound is unique for everyone. Several popular sounds include grinding beans, the brewer brewing and sounds that are associated with a favorite local cafe.

Smell: The sense of smell is similar to the sense of hearing in that everyone experiences it differently, but freshly brewed coffee, the smell of beans being ground or that favorite cafe tends to elicit almost the same reaction from everyone.

Touch: Experiencing the feel or size of a favorite mug, picking up the container that holds the ground beans, pressing the start button on the grinder or using an espresso machine or favorite French press are all ways to activate the brain via touch without ever drinking a single drop.

Whether it’s by itself or in combination with other senses, the human body takes in many different observations during the day. It’s time to increase the likelihood that more of your employees will benefit from the coffee effect and design your Louisville office coffee service to engage all of the senses.

Total Vend can help customize a refreshment menu that includes the hot beverages your employees seek out as well as healthy snacks, cold beverages and fresh food. A successful break room is more than just a place to grab a quick snack. It’s a welcoming and relaxing place that encourages employee creativity, collaboration and productivity.

To update your current break room menu or design a new break room space, contact Total Vend at 502.451.0111. We look forward to enjoying a cup of Joe or tea with you.